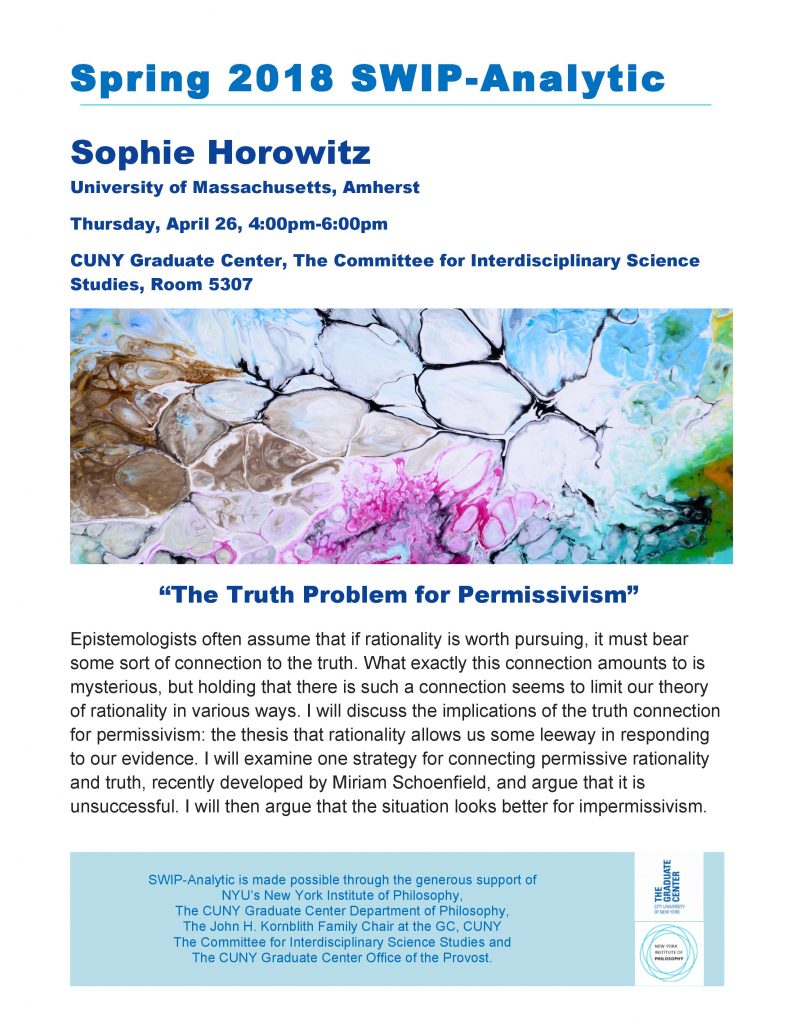 “Group Agency vs. Collective Agency: A Matter of Point of View” by Carol Rovane

ABSTRACT: Some philosophers are prepared to allow that a group of human beings can function as an individual agent, that deliberates and acts from a point of view of its own a group point of view that is distinct from the points of view of its human constituents.?These philosophers generally assume that if such a group agent were to emerge, its human constituents would still retain their status as individual agents in their own rights, each with a separate point of view. However, this assumption wrongly assimilates group agency and collective agency.?Collective agency is by definition the agency of many; whereas, in cases of genuine group agency, a group of human beings comes to deliberate and act literally as one. The process by which this is accomplished cannot leave the points of view of the group?s human constituents intact as they were before. Either the process will absorb all of their agency and thereby obliterate the very distinctions between their points of view, or it will absorb a part of their agency and thereby occasion rational fragmentation within their human lives a situation that is not entirely dissimilar to dissociative identity disorder, only it is not pathological. These points about group agency have profound implications for the issue of personal responsibility.

?Inquiry and the Doxastic Attitudes?

ABSTRACT: In this talk I’ll give the start of a theory of inquiry and inquiring, tying these to some familiar folk-psychological attitudes. After that I’ll use this bit of the theory to characterize some different doxastic attitudes: belief, degrees of belief, and suspension of judgment. I’ll use the theory of inquiry to argue that belief — the traditionalist’s “full” belief — has a special role to play in inquiry. Degrees of belief, even extremely high ones, don’t play the same sort of role. I’ll bring some of the results of the talk to bear on suspension of judgment as well. In general, the hope is to helpfully orient the doxastic around inquiry.

SWIP-Analytic continues the Society for Women in Philosophy's commitment to being a resource for all women in philosophy by providing a forum for women working in language, mind, metaphysics, logic, ethics, epistemology, and philosophy of science.
My Tweets

Need help with the Commons? Visit our
help page Send us a message
Skip to toolbar

This site is part of the CUNY Academic Commons, an academic social network for the entire 24-campus CUNY system.

Unless otherwise stated, all content on the CUNY Academic Commons is licensed under a Creative Commons license.

Built with WordPress | Protected by Akismet | Powered by CUNY